We want to share pie with you – on us! Join our PIE PERKS Club and we will send you a coupon for a FREE 4-inch pie! We’ll also send you news on seasonal offerings and special PIE PERKS deals, including a FREE 4-inch pie for your birthday. That’s a lot of love! 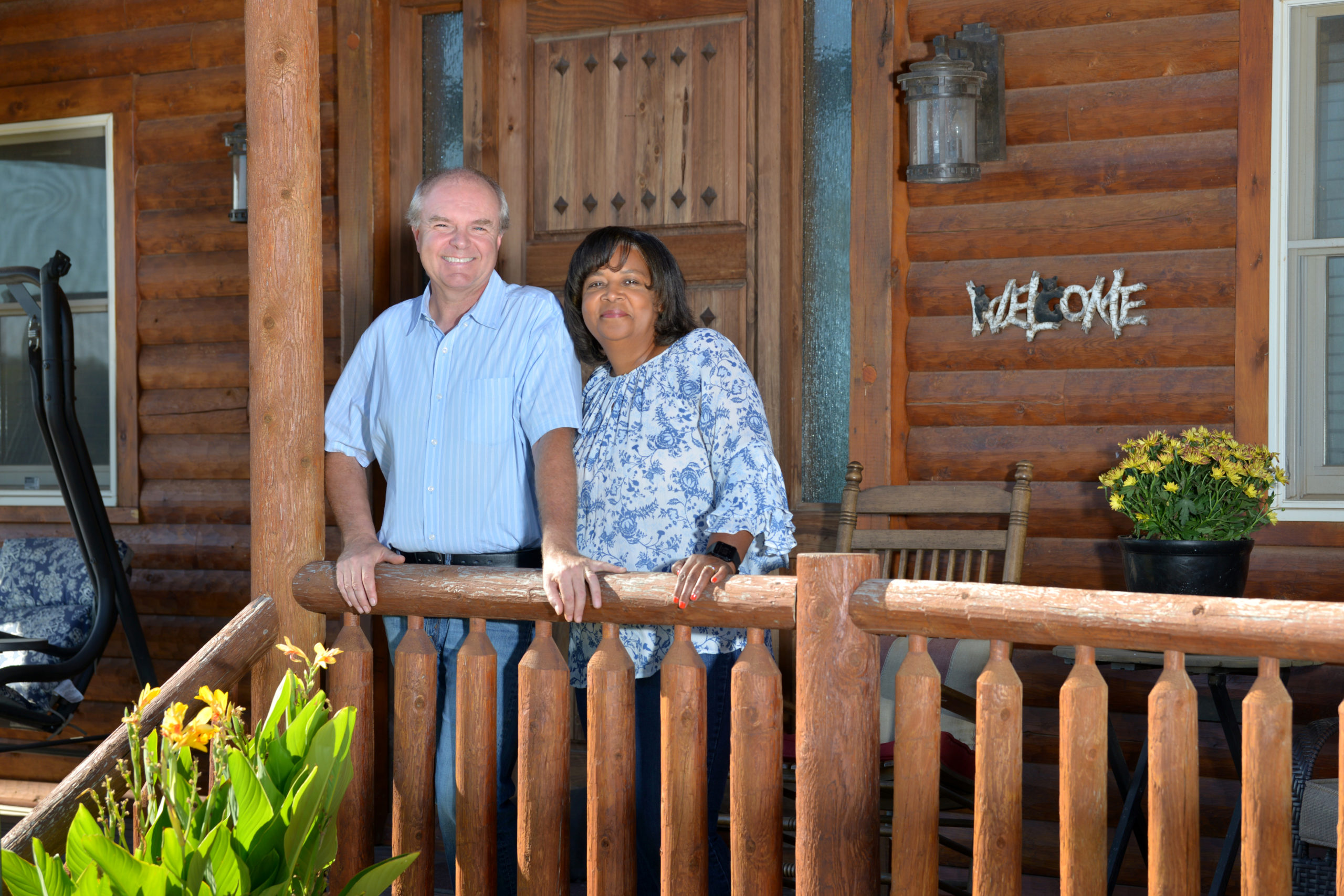 Even though Sharon and Jean-Pierre come from very different backgrounds – Sharon was born and raised on an Oklahoma farm, Jean-Pierre grew up in France – both share a love of pie rooted in their childhood experience.  Jean-Pierre can still taste the 16-inch custard pie which was the mandatory desert at any of his grand-mother’s dinners.  For Sharon, it was traditional southern pies, hand made from scratch, using fresh ingredients, just like the ones offered by Buttermilk Sky Pie Shop.  She has no favorite, likes them all, and could eat pie for breakfast, lunch and dinner.

Even though they have moved around and lived in San Diego, Kansas City, Fort Worth and central Oklahoma, Galveston holds a special place in Sharon and Jean-Pierre’s hearts.  It is reminiscent of many happy vacations at the beach with their two sons, Nicholas and Daniel, and they now own a home there.  As both Nicholas and Daniel now live and work in Texas, south Houston was a natural choice to start a new Buttermilk Sky Pie Shop.

Jean-Pierre and Sharon are excited about becoming part of the south Houston community and provide active support, through programs such as Pie It Forward, whereby a local non-profit organization benefits directly from the sale of a given pie flavor.  Opening day will soon be here, at which time they will be delighted to welcome you, offer you a taste and help you select one of our wonderful pies, you will not be disappointed!